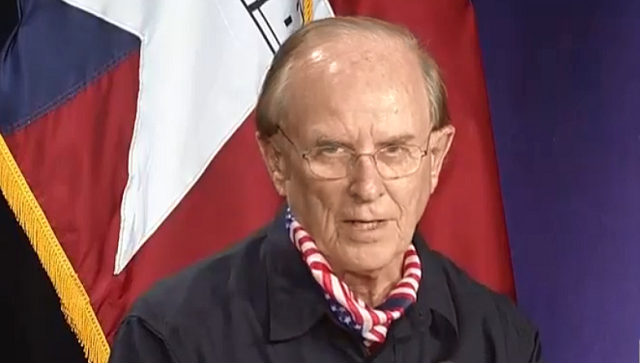 SAN ANTONIO (KTSA News) – Bexar County Judge Nelson Wolff has been assaulted by a customer at a Northwest Side store after coming to the aid of a cashier in a dispute over the mask requirement. The man reportedly berated  the employee  at Lowe’s at I H 10 at Callaghan Wednesday afternoon.

Bexar County spokeswoman Monica Ramos told KTSA News that Wolff Intervened and tried to explain the reason for the face covering requirement, but he wouldn’t listen. The judge tried to hand him a card and asked the customer to call him, but the man smacked Wolff’s hand and knocked the card down.
Ramos says the man ran out of the store and Wolff followed him and got a license plate number.
Sheriff Javier Salazar is investigating the incident.

this is a developing story