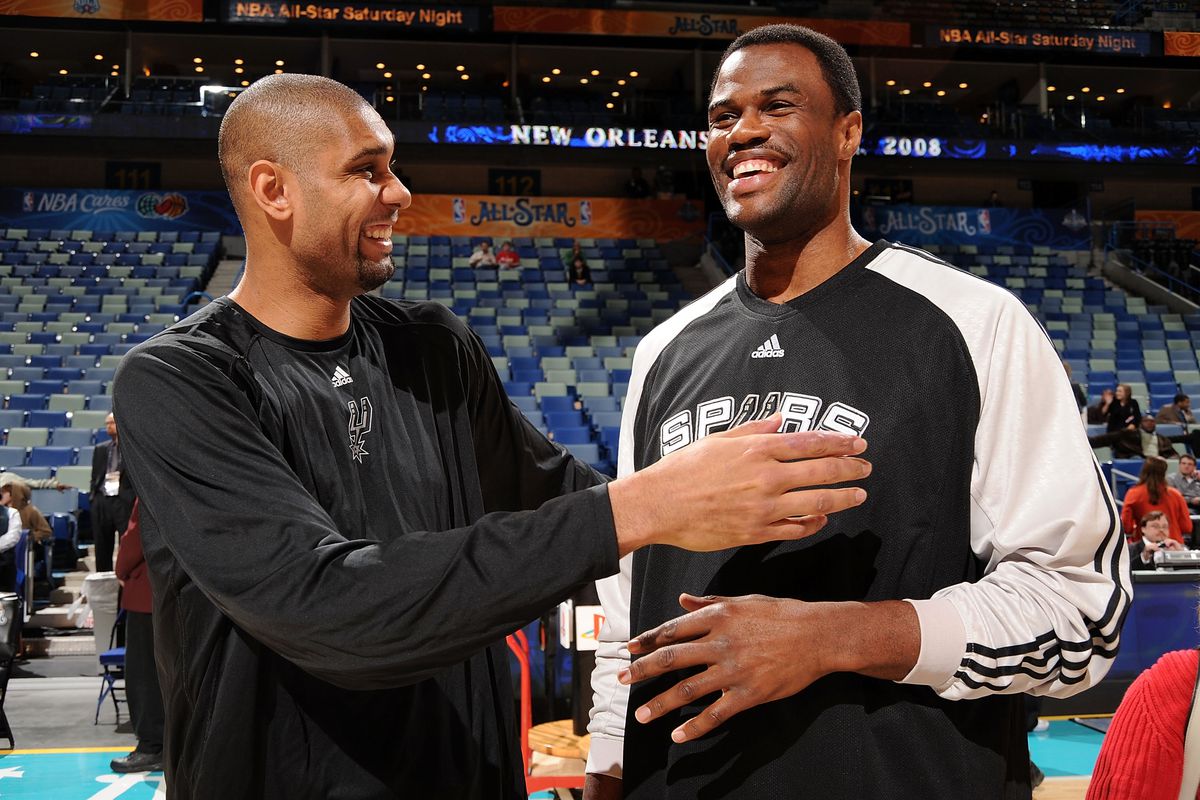 The superstar big men were teammates on the San Antonio Spurs from 1997 to 2003, forming a dynamic frontcourt tandem known as The Twin Towers and winning two NBA titles over that span.

The Admiral was a ten-time All-Star, All-NBA, and All-Defense honoree, and the towering center won Rookie of the Year, Defensive Player of the Year, and MVP during his 14-year career.

Robinson was also a one-time rebounding, blocking, and scoring champ, and his otherworldly two-way contributions were immortalized with his induction into the Naismith Memorial Basketball Hall of Fame in 2009.

COVID-19 postponed the Class of 2020’s induction a year ago, but the celebration has been rescheduled for May 15th at the Mohegan Sun in Uncasville, Connecticut.