The first-year Alliance of American Football’s inability to secure cooperation from the NFL Players’ Association to use young players from NFL rosters has put the AAF in danger of folding, Tom Dundon, the league’s majority owner, told USA TODAY Sports on Wednesday.

“If the players union is not going to give us young players, we can’t be a development league,” said Dundon, who invested $250 million into the league in February. “We are looking at our options, one of which is discontinuing the league.”

The NFLPA had no official response to the accusations that their lack of cooperation is prompting the AAF to fold.

However, a players’ union official did express serious concerns about the risks of lending active NFL players to the AAF. The official requested anonymity because of the sensitive nature of the issue.

The person said the players’ union is founded on the belief that using active NFL players and practice squad members for the AAF would violate the terms of the CBA and the restrictions that prevent teams from holding mandatory workouts and practices throughout the offseason. The limitations set in place are designed to ensure the safety and adequate rest and recovery time for football players. But there’s a concern that teams would abuse their power and pehaps force young players into AAF action as a condition for consideration for NFL roster spots in the fall.

The additional concern on the NFLPA’s part is that if an NFL player played in the AAF and suffered serious injury, that player would face the risk of missing an NFL season and lose a year of accrued experience, which carries financial ramifications for players. 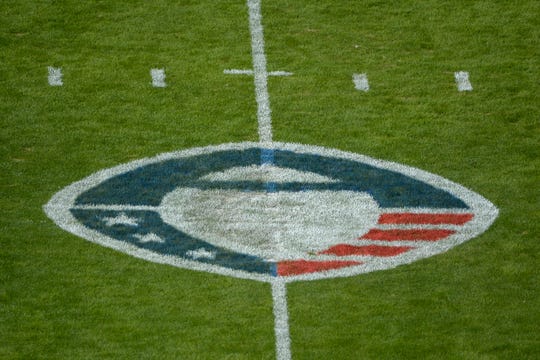 Dundon said he is considering all options  and expects to make a decision about the league’s future over the next two days.

The AAF was hoping to get permission to use practice squad players, particularly No. 3 quarterbacks and young linemen starting next season. The AAF’s game plan was to be to the NFL what Class AAA baseball is to Major League Baseball.

In a statement announcing his financial investment, Dundon said he was “impressed with The Alliance’s stunning growth in-stadium and across TV, mobile and social media in just these first few weeks.”

Dundon, who also owns the NHL’s Carolina Hurricanes, said the NFLPA’s primary objection was not wanting their young players “to feel pressure to play” in the AAF.