Nick Starkel has a new home.

Starkel announced on Twitter Monday that he is transferring to Arkansas. He indicated that he will be pursuing a graduate degree at Arkansas. 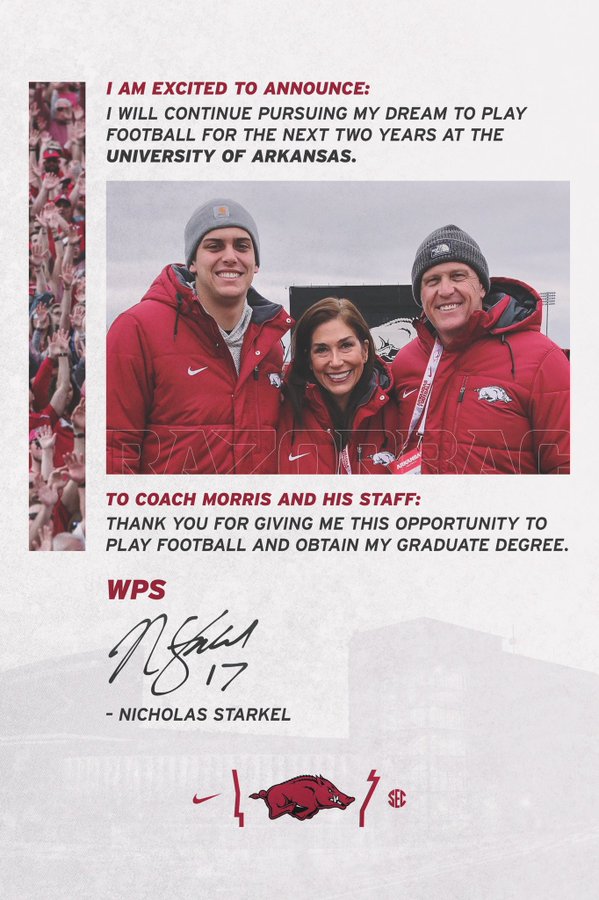 The story continues in Fayetteville, Arkansas…

Starkel being a graduate transfer should make him eligible to play in the fall.

The former Texas A&M quarterback redshirted in 2016 and played in 2017 and 2018. He began the 2017 as the Aggies’ starter but got hurt in the opener against UCLA. He then lost the starting job to Kellen Mond when Jimbo Fisher took over the program.

Starkel has completed 60.8 percent of his passes for 1,962 yards and 15 touchdowns with 6 interceptions over two seasons at A&M. He should give Arkansas a big upgrade at quarterback, which was a weak spot all season. Their starter last year, Ty Storey, transferred to Western Kentucky.